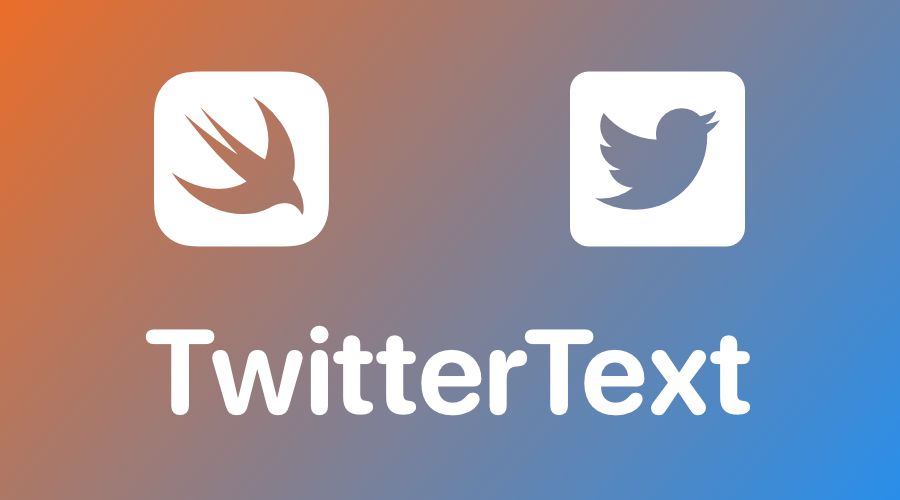 This is the Swift implementation of the twitter-text parsing library. The library has methods to parse Tweets and calculate length, validity, parse @mentions, #hashtags, URLs, and more.

To run the Conformance test suite from the command line:

twitter-text 2.0 introduces configuration files that define how Tweets are parsed for length. This allows for backwards compatibility and flexibility going forward. Old-style traditional 140-character parsing is defined by the v1.json configuration file, whereas v2.json is updated for "weighted" Tweets where ranges of Unicode code points can have independent weights aside from the default weight. The sum of all code points, each weighted appropriately, should not exceed the max weighted length.

Some old methods from twitter-text 1.0 have been marked deprecated, such as the various +tweetLength: methods. The new API is based on the following method, -parseTweet:

This method takes a string as input and returns a results object that contains information about the string. TwitterTextParseResults includes:

Have a bug? Please create an issue here on GitHub!

This library was directly based upon its Objective-C implementation which can be found in twitter/twitter-text repository, written by Satoshi Nakagawa, David LaMacchia and Keh-Li Sheng.

Version 3.1.0 was used as reference. All test case JSON files used in this library are directly copied from said repository to keep consistency and being sure that results are the same.

Copyright 2020 Paweł Madej, and other contributors